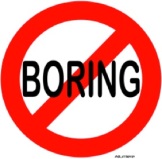 My Sister Jane came up to visit over the holidays and, of course, the late night topic of conversation turned to dating.  Or not dating, as the case may be.

ACK!!!  We all report pretty much identical stories.  Age doesn’t seem to matter. And, that’s a pretty dismal statement.

I had also read an interview with Kristie Allie, who was back once again in the dating scene and made a plea to the more mature man:

Don’t be so freaking boring! Don’t have the life already sucked out of you.

We must have dated some of the same men.

What I found even more interesting were some of the comments by men who had read the interview. Many lacked photos of themselves, but had posted pictures of sport cars, dead fish and guns.

There was the man who wrote that, in his forties, he had taken up fishing, golfing, four-wheeling and how dare she describe him as boring.  Ah, hint:  those are hobbies.  Good for any man (or woman) has hobbies, quilting, gardening and painting included, but if that’s all you can talk about it on a date, boring just about fits either gender.

And then there were the men who wanted to take another nap before leaving a comment.

There were also the men who understood Alley’s comments.

Boring is not a function of what you do but who you are. Do you strive to push yourself out of your comfort zone, and try new things? Are you always learning? Do you reach out and try to offer things of value to the people you care about? Then you will not only not be boring but you will also be the best self you can be, and get the most out of life.

Whoo Hoo!!  I’d sure like to meet that wise man, even if he is a forty-something college professor who lives 3000 miles away.

I do wonder if the current economic situation hasn’t added to the life sucked out of you observation, at least for some of us of retirement age. I can’t tell you how many professional men I’ve met who didn’t plan and are now faced with working for the rest of their lives because they have to, not because they want to.

If that doesn’t drain life out of someone, I’m not sure what does.

Sadly, I also think these men may be the harbinger of things to come, as increasing numbers of retirees will need to rely on 401Ks, given defined benefit programs are fast becoming the safety net of the past. If Frontline predictions hold true that 401Ks are both a gamble and train wreck waiting to happen — all while underwriting increased company profits — then we can pretty much forget about boring dates.

We’ll be far too busy surviving to be concerned about the folly of coffee dates.

Follow just me, coloring outside the lines on WordPress.com