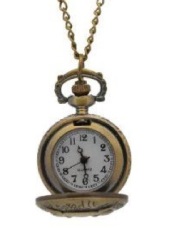 ast weekend I attended a memorial service for my aunt and uncle — a couple well into their nineties when they died within months of one another, having lived long, fun-filled lives.  My aunt was the youngest of my mother’s two sisters and the last of nine siblings to pass.

Most of us attending the service were cousins.  We had all grown up together and spent many hours at family outings. A subset spent many more hours playing while the three sisters laughed and visited over coffee.

We also had to re-introduce ourselves to one another, not recognizing our childhood playmates. In some cases, almost forty years had passed since we had last seen one another.

It was a bittersweet reception that followed, catching up, watching old extended family movies, laughing and sharing memories, highlights of our lives, children and grandchildren.  We reminisced about the family picnics in Stevens Creek and Huddart Parks, the splashing and netting crayfish in the meandering streams and pools, Thanksgiving evenings at my family’s home, and the weekends at the Pope Estate at Lake Tahoe, where one of the brothers was the grounds keeper.

As the Pope family only visited once a year, we had our “own” private beach, complete with roaring bonfires, bar-b-ques and s’mores.  I can still see my elderly grandmother, in her early 60’s, quietly sitting in her chair, smiling and watching over her brood of twenty-some young grandchildren frolicking in the very cold and crystal clear lake.

Those of us at the memorial service agreed it would be a fun idea to get the remaining cousins together once a year, especially as nearly a quarter of us have already passed.

Fun, yes, and also a tad sobering, recognizing that we are now the oldest generation living.

Not so long ago, that 7-0 seemed so very ancient, so far off, so decrepit, so…oh, one foot in the grave and the other not too far behind.

It’s not that old, even though I don’t buy the current mantra of 60 being the 40, 70 being the new 50 and so on.  My body and mind don’t lie and both are daily reminders that I am no longer as young as I’d like to pretend to be.

I am aging no matter how it’s framed and, while I may not be as rocking-chair ready as my grandmother, I am nonetheless on the downhill side of life and that downhill trajectory sometimes feels like it is traveling at warp speed.

Even now, I realize there are life chapters that have closed — and probably not necessary to re-live — and dreams that may never be realized.

There are still adventures to be had, dreams to be dreamt, and life to be experienced.

I wonder at times if fear and angst are the true shadow culprits that snake around the edges of an aging body or mind, painting a person’s world so much smaller and intimidating than it needs to be?

Of course, fear and angst can accomplish that task regardless of a person’s age.

The challenge may well be in keeping minds and hearts open to new possibilities ~ embracing new ideas, learning from misadventures and contributing to the world and people around us.

ah, 70, big deal. It’ll just be another day, another year. I think I’d rather focus on those adventures still to be experienced ~

Follow just me, coloring outside the lines on WordPress.com